This February, Burkholder’s Heating and Air Conditioning Inc. would like to take time to look back in HVAC History to commemorate the Black Americans whose great minds made our industry of indoor comfort possible. We acknowledge and embrace how diverse our trade is and has always been. There are many impactful Black inventors that influenced the industry, and we are honoring two northeastern natives of the 19th century, Alice H. Parker and Lewis Howard Latimer.

In a time where homes were heated solely with coal and wood, Alice H. Parker wanted to improve the range of the heat and create a safer solution to having lit fireplaces overnight. Parker was a cook with a sharp mind, as she graduated with honors from Howard University in 1910.

Cold New Jersey nights led to Parker developing a design and patent for an indoor heating system that used natural gas and ducts to allow hot air to reach different rooms of her house. Her patent was granted on December 23, 1919. This early idea was never replicated but it inspired the modern zoning systems we have today, along with thermostats.

Unfortunately, there is not much other information on Parker’s history, due to the lack of historical records for many Black women at the time. The New Jersey Chamber of Commerce is currently honoring Parker’s legacy with their annual Alice H. Parker Women Leaders in Innovation Awards to commend groundbreaking women in the garden state. 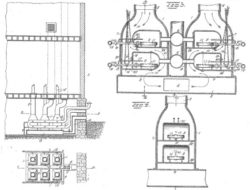 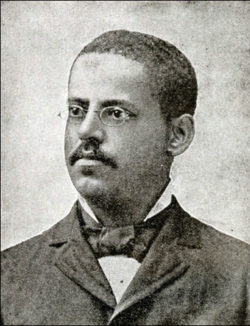 Massachusetts-born Lewis Howard Latimer was an esteemed inventor in many areas. He was sent to a farm school with his brothers after his family dispersed when he was only 10 years old. Latimer’s parents were escaped slaves and had to split up their family after the Dred Scott case because his father did not have proof of freedom from enslavement.

At age 15, Latimer joined the US Navy and later became an office boy at a patent law firm where he expressed skill and eventually worked his way to head draftsmen. With no formal education, he has a lifetimes worth of accomplishments including working for Alexander Graham Bell on the telephone, working with Edison’s rival Hiram Maxim and later Thomas Edison himself on extending the life of lightbulb filaments, and implementing them in large public spaces in the northeast and internationally in places such as London and Canada. He was the first person of color out of 100 men to join the “Edison Pioneers.” It is said that without Latimer, Edison may not have been able to patent the lightbulb.

Latimer’s contribution to the HVAC industry is invaluable, although often overlooked. On January 12, 1886, he patented his “apparatus for cooling and disinfecting,” a precursor to modern air conditioning systems. You can click here to see his original patent.

“We Create Our Future”

The world of HVAC and air conditioning would not be the same without tremendous minds like Parker and Latimer. Their excellence is often overshadowed by big names like Edison, and they deserve credit where it is due. We hope these innovators inspire Black American minds to move the world forward as they did. Latimer said it best: “We create our future, by well improving present opportunities however few and small they are.”